The Truth About Homeowner Equity

A recent article from a reputable news source was titled: Here’s why some homeowners still can’t sell. In the opening bullets of the article, the author claimed, “Negative equity is one of the main reasons why there are so few homes for sale.” The article then goes on to soften that stance but we want to bring better clarity to the equity situation.

If eight out of ten homeowners now have significant equity in their homes, it is hard to make the claim that lack of equity is “one of the main reasons why there are so few homes for sale.”

Here is a map showing the percentage of homes in each state which currently have significant equity: 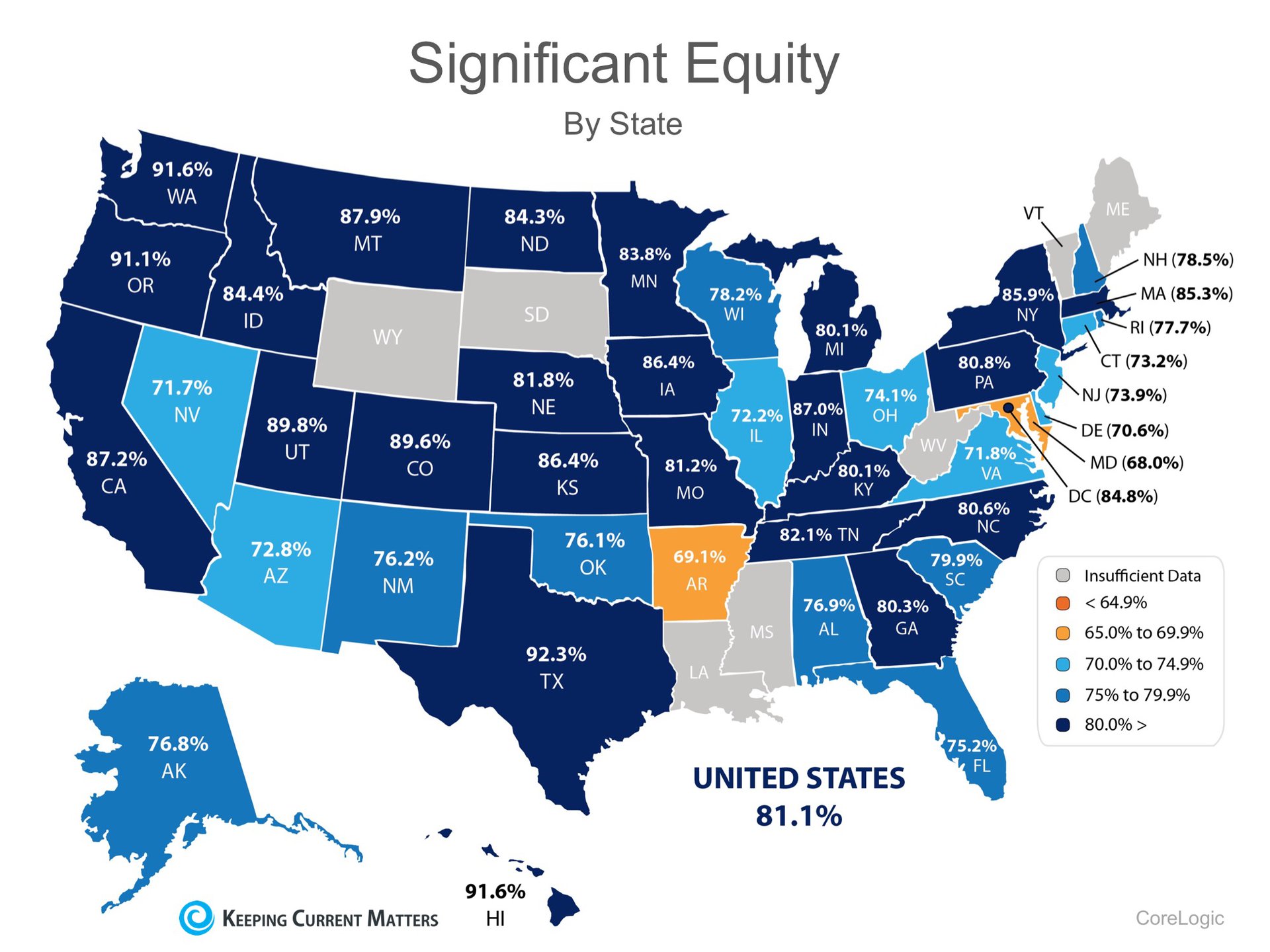 If you are one of many homeowners who is debating selling your home and are wondering how much equity you have accumulated, contact a local real estate professional who can help you determine if now is the time to list.

“In many ways, housing is an invisible crisis,” says Jonathan Reckford, CEO of Habitat for Humanity International. “There are still too many families without access to safe, secure, and affordable housing. This survey highlights the value all of us place on a decent place to call home and underscores the critical need to increase access to affordable housing.”

Ninety-one percent of American homeowners credited owning a home with making them more responsible, and 44 percent said it helped them build a nest egg. Forty-one percent say homeownership has given them stability.

But homeownership remains out of reach for many. Nine out of 10 Americans and Canadians say it’s important to find solutions to the lack of affordable housing. At 59 percent, concerns regarding U.S. affordability in particular easily topped other housing issues like safety (16%) and quality (11%).

Source: “Nine Out of 10 Americans and Canadians Call for Affordable Housing Solutions,” Habitat for Humanity (June 20, 2017)

It seems hard to believe in our market here in Colorado and how housing prices have been increasing over the past 3 years but here is a short list of areas in the country where housing prices are actually dropping.